#What are we building?

We will build a component which connects all main aspects of alphaTab together. The result will look similar to what you might have already seen on the homepage: 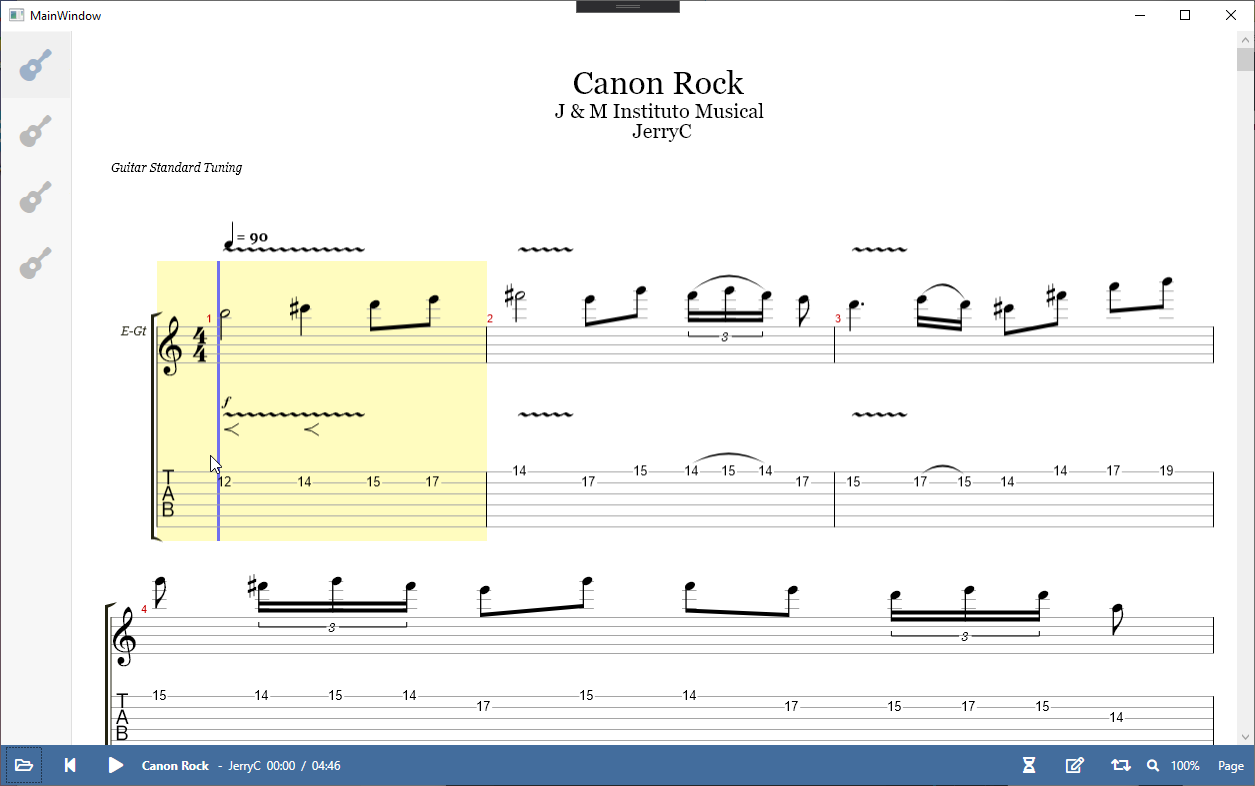 The overall outline of the tutorial can be seen in the menu and we will step by step add each feature until we have a full player component which displays music sheets. After this tutorial you should have all knowledge needed to use alphaTab in your own project.

This tutorial will leave out some features which are provided on the control of the homepage but you will learn all required steps to build the remaining parts.

As a pre-requisite you should be already familiar at least with the basics of .net WPF development. As alphaTab is a library (or SDK if you like) for building apps/websites that want to show music sheets basic knowledge about software development is needed.

We will be using WPF as UI framework. For simplicity we will rather leave out aspects like following a clean MVVM pattern which you would likely follow in a proper solution. Goal of this tutorial is to show you the usage and inteaction with alphaTab and not teach WPF development.

Most aspects of the tutorial can be directly mapped to the usage in WinForms as the provided components/controls are very similar. The WinForms version suffers of some restrictions due to it's nature of mapping native OS controls to .net. WPF provides a lot of nice features like hardware accelleration on the rendering and very flexible layouting mechanisms.

We will target the .net core 3.1 runtime in this tutorial as we decided not to publish a .net 4.8 package. If you have an urgent need of supporting the classical .net framework feel free to reach out to us.

To follow this tutorial you will need to have a .net IDE installed. We will use Visual Studio 2019 Community edition but beside the project setup anyhow most of things will happen on code level so feel free to use any IDE you are familiar with.